Currency demonetization by Indian government back in 2016 made way for an increase of Digital payments in India. There after, Paytm Payments bank launched which again was a huge success with its lucrative offers and cashbacks. However, Google Tez app, Flipkart-owned PhonePe, and WhatsApp payments feature in the recent times have become competitors. Yet, all this collectively has increased the use of UPI tremendously in India. The incentives and the cashback offers by the companies have played a key role for the same.

Though Paytm got the UPI integration starting this year, it made wonders for both UPI and Paytm. However, UPI efforts for making money transfers simple and easy will be the major contributing factor. Earlier before Paytm, PhonePe led the UPI transactions which later Google Tez app overtook it.

Within just a month after its integration, the Paytm UPI transactions rose to 51 million. The number rose to 68 million by the end of February making it largest in the segment. Then again, Paytm now claims largest UPI transactions holder surpassing PhonePe and Tez.

Paytm’s huge user base and its multiple functionalities helped the company. Also, the support for all UPI payments made way to grab first place in the UPI transactions. The digital payments company has launched its own UPI IDs called Paytm UPI IDs. These UPI IDs are accepted for BHIM UPI and across all banks for transactions. Never the less, Paytm UPI transactions have made money transfers simple and more convenient. 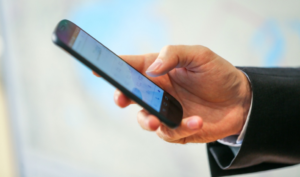