Recently, Google unveiled Android Oreo Go for low-end smartphones which have less hardware configuration of 1GB RAM or less. The toned down Android Oreo Go OS will be available for low-cost 4G smartphones and runs lighter app versions. Google claims that the new Android Go will play a crucial role for adoption of smartphones in markets like India.

Buzz is that Jio is planning to order over a million units if this Android Go 4G phone. However, it seems that company will have the same Jio Phone like approach even for this Jio 4G smartphone.
The youngest telecom aims for maximum migration to smartphones with the launch of low-cost Jio Android Go 4G phone. Also, this new initiative brings smartphone more accessible for entry-level users. Recent statistics state that Jio Phone holds 27% stake in the feature phone market. 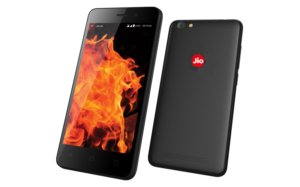 Airtel and Vodafone also offer such bundled 4G smartphones with lower prices. Amidst the cashback and other offers, they are offering 4G devices to as low as under Rs.1500. It is expected that the upcoming Jio Android Go 4G smartphone might price even low.

Google has launched Android Oreo Go in the I/O event extending its OS support for lower hardware configuration phones. Effectively this lite version of Android OS brings down the amount of storage to half. Android Go will run only customized lighter versions of app.