Undoubtedly, Android OS predominantly holds the majority of the share in the smartphone market. But, there are some gestures which it fails to provide its users like iOS does. However, the mobile platform continues to hold its position tight above Apple devices by making its features even better. The iMessage feature is the biggest debate which iOS users claim as a benefit. Yet, Google-owned Android Messages feature is slowly growing strong to be an iMessage rival. Now, the developers have concentrated more on Android messages for web. Essentially, this text message service touts cross-platform compatibility and brings RCS (Rich Communication Service) to Android devices. In addition, Android messages web feature will grant you something more than what you think. 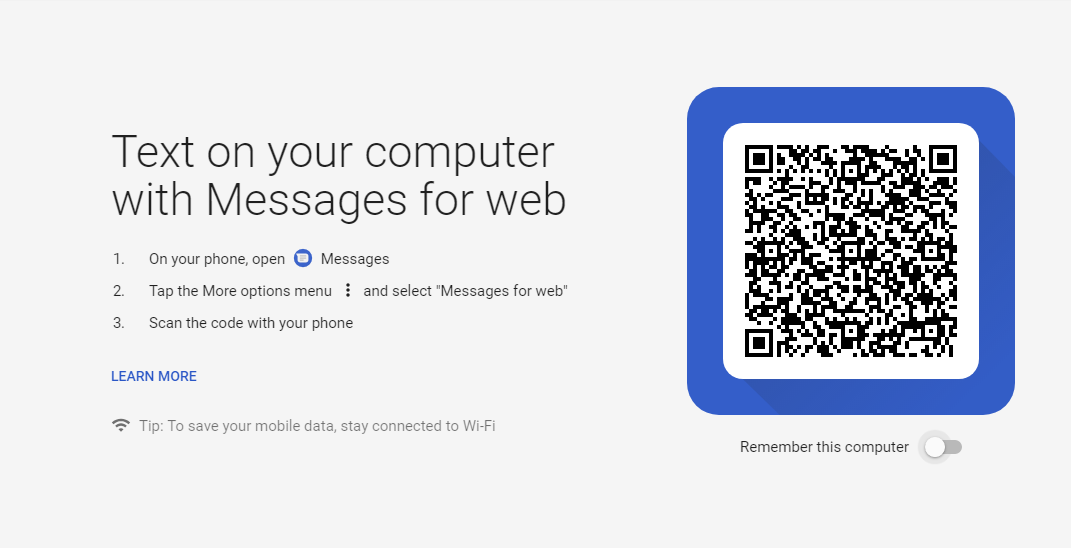 Get Android Messages for web feature on PC:

Users can avail the feature in the updated version of the app. They can enjoy Android Messages web version in their desktop by scanning the QR code from their app. Once you log in, the messages get synchronize and you can send messages from PC.

How to Install Android Messages Web feature on PC:

Interestingly, Android Messages desktop version interface is quite simple and easy to use. Just before login, users can choose to remember this computer just with a toggle button. The left side of the window lists all the chats along with a button to start new conversations. Also, users can enjoy all the interactive text messaging elements like Emojis, stickers, and media as well.

On the other hand, it Android Messages for PC is compatible with almost every browser. There is an option to enable notifications on PC browser for incoming messages. Mainly, the special keyboard shortcuts function is made available for better basic usability.

Hopefully, this Android messages for PC might take on the Apple’s iMessage with its coolest web features. None the less, the smart reply service and other modern-day texting options might help to stand as a strong rival.