Huge rise in the bitcoin value is attracting thousands of Investors in recent times. Interestingly, this made a way to huge investments and people who were unaware of crypto-currency also started bidding. Bitcoins, Ethereum, Ripple etc. found a fruitful and more profitable place to invest in. Now, Indian telecom giant Reliance Jio is also making its move for its debut in crypto-currency segment called JioCoin. Here we detail you about Jio Coin ICO, Price, Launch Date and how to buy Jio coin etc.

Reliance Jio Infocomm Ltd plans JioCoin with Akash Ambani as the lead for this crypto-currency project. A team of 50 young professionals are engaged to work on this blockchain technology, which also assists to develop applications like supply chain management logistics and smart contracts.

The Indian government has cautioned investors against crypto-currencies that these virtual currencies are backed by assets and also poses risks like money laundering. Now, this announcement from Reliance Jio Bitcoin raises interest among the investors. 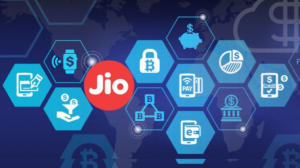 How to Buy Jio Coin?

Yet, Bitcoin and all other forms of crypto-currencies have come under governments notice as their speculated high prices attract ingenuous retail investors. With all said, Indian market may witness a new era of blockchain and cryptocurrency in the country this year.